How Does Snapchat Make Money?

The truth is that when you first look at the idea of sending a message that will self-destruct after a specific period of time, it may sound terrible. And this was exactly what the classmates of Evan Spiegle thought when he mentioned his idea back in 2011. However, we can almost bet that they have never forgotten about it. Especially when they saw that Snap Inc., the parent company of Snapchat was about to make its initial public offering at $17 a share.

So, how does Snapchat make money? How can it have such a high price per share? 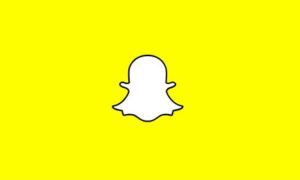 The truth is that the answer to the question how does Snapchat make money can be divided into multiple answers. After all, Snapchat has multiple sources of revenue.

So, here’s how Snapchat makes money:

One of the best parts of the Snapchat advertising is the Snap Ads.

Snap Ads show a 10-second video ad that is relevant to other snaps. One of the best things about this ads is that they are interactive and users also have the option to access more content.

In order to improve conversions, Snapchat launched the Snapchat Partners with other firms. According to eMarketer, one of the reasons why Snapchat is so popular is due to members of the Generation Z and to the millennials. 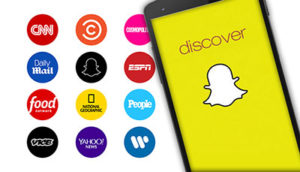 When you are having an event and want to capture and share every single moment, you need to know that you have to use geofilters.

One of best things about geofilters is that they have also been improved. So, instead of having users placing all the information manually, they can now simply use the exclusive filters that can give the right context to every snap.

While sponsored lens filters are very similar to geofilters, the main difference is that the first ones can only appear in specific locations. In addition, they are also more dynamic and interactive than geofilters, which makes them even better.

One of the things that you should notice is that both sponsored lens filters and geofilters involve a lot more than just improving the experience for your customers.

In case you haven’t still noticed, when you swipe two times to the right, you will open the Discover feed. In here, you will be able to find curated snaps from publishers that include Cosmopolitan, People, BuzzFeed, CNN, among many others. You’ll also notice that there ate some advertisements between the snaps.

One of the ideas that have been implemented by Snapchat in the last few years was to partner with different sports organizations such as the MLB, the NFL, and the NHL. With this, they intended to leverage their Live Stories, especially during sporting events.

It’s interesting to see how Snapchat has evolved, especially in terms of monetization throughout the years. The truth is that when it was first presented, there wasn’t a clear vision or idea about how this could be done. And maybe this is one of the reasons why Evan Spiegle’s classmates really hated the entire idea and thought it was going to be a huge failure.

How Much Is A Snapchat Geofilter? [2018 Cost Info]