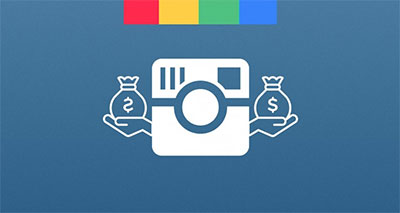 One of the questions many people have is about how does Instagram make money?

When Facebook decided to buy Instagram back in 2012 for about $1 billion, the ap was nearly two years old. At this time, Instagram had no revenue. However, everyone was caught up by surprise in 2014 when Citigroup analysts started saying that Instagram was then worth $35 billion. 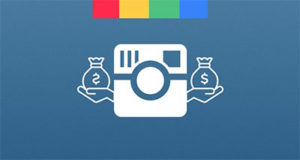 In case you already thought about how does Instagram make money, you probably assumed that most of it comes from advertising. And you got it right. While Facebook doesn’t disclosure Instagram financials, the truth is that in 2016, about 97% of the third-quarter revenue of Facebook came from ads. At the time, this represented an increase of 59%, when compared with the same quarter in the previous year. While we can’t be sure, we believe that part of this revenue also came from Instagram. After all, the paid advertising was introduced on Instagram back in 2013.

If there is one reason that led Facebook to buy Instagram when they did was concerned not only with Instagram strength but also to the fact that it was solely devoted to mobile users. In addition, their mobile users were growing at an incredible pace.

In April 2017, Instagram reported that they had more than 600 million daily active users. In addition, about 80% of Instagram users were outside of the United States.

Another reason that led Facebook to buy Instagram at the time was the fact that their mobile presence was tiny. However, with the addition of Instagram, they managed to completely change the entire picture. According to the financial data released, mobile has been a huge part of advertising. 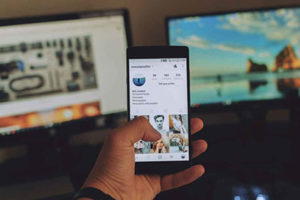 The truth is that Instagram and Facebook did make incredible changes to make all this happen. After all, advertising on Instagram is incredibly sophisticated. Just think about the slideshows and links to websites outside Instagram, for example. According to Instagram’s business blog, the carousel ads “bring the potential of multi-page print campaigns to mobile phones – with the added benefit of taking people to a website to learn more.”

Another factor that has been contributing to the Instagram success and revenue income is the lack of a good direct competitor. Yes, you may think that Google is there. However, Google hasn’t been a good contributor to companies who need build a business in brand advertising.

One of the most interesting things about Instagram, as it already happened to other successful companies, is that it was created as a fun idea only. They had no clear way to profit. Then, with time, and after being bought by Facebook, advertising is the main revenue that Instagram has. The fact that Instagram is mainly a photo-sharing app contributed to the fact that it is just appealing to most brands. Just think of Nike, for example, a company which has been having a strong presence on Instagram ever since the beginning.

If there is something that Instagram keeps doing is following industry trends. So, it wasn’t a surprise when Instagram decided to launch their Instagram Stories. At the time, the company was accused of stealing features from Snapchat (SNAP).

How To Get More Followers On Instagram For Free